The Siege of Liverpool 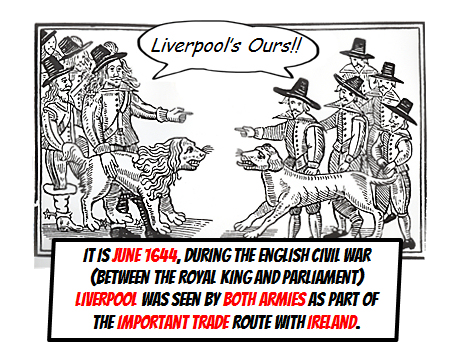 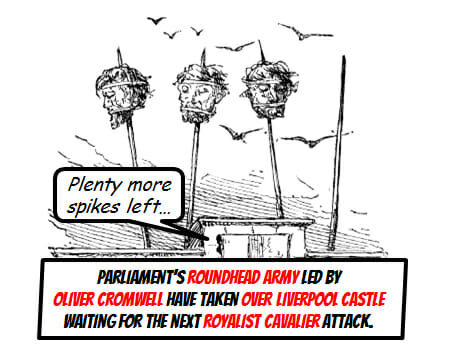 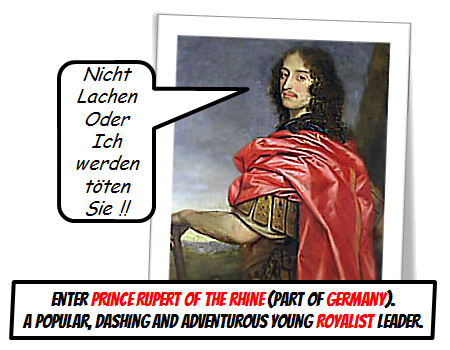 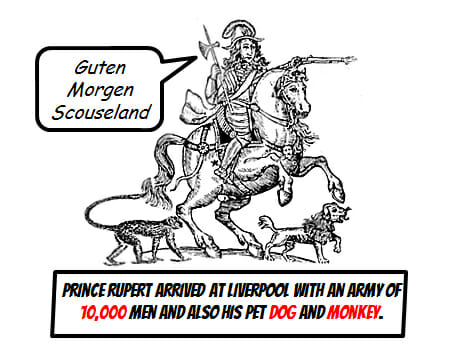 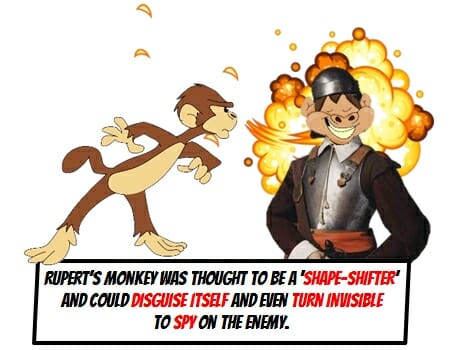 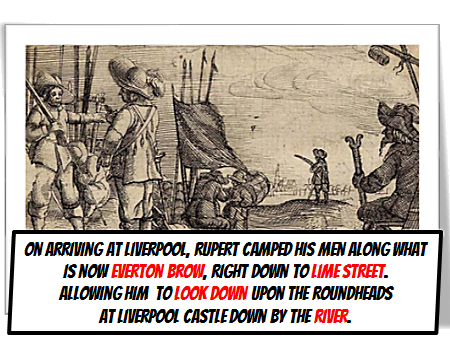 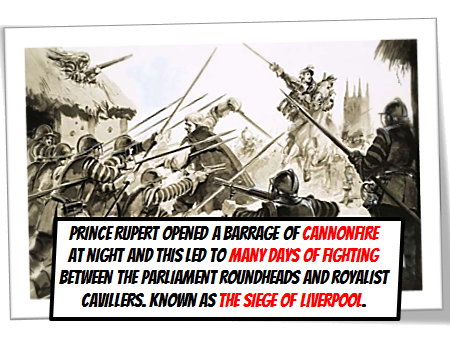 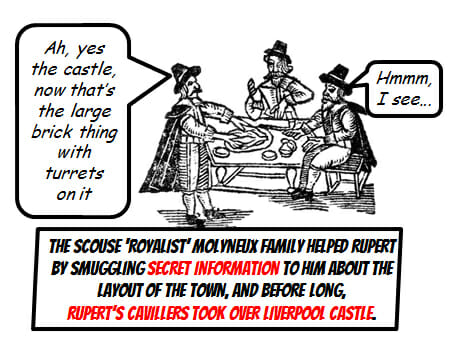 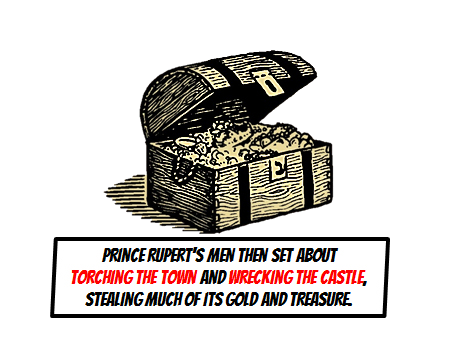 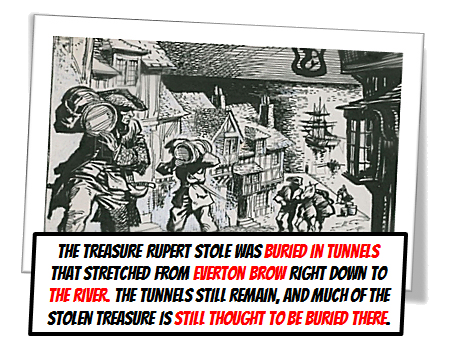 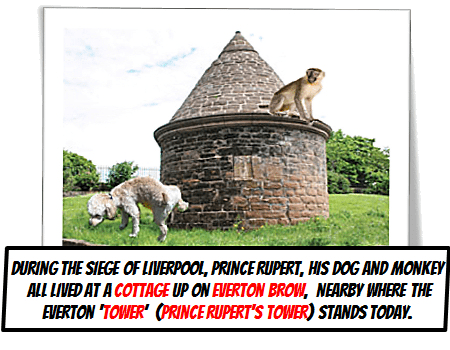 It is June 1644, during the English civil war (between the royal king and parliament) Liverpool was seen by both armies as part of the important trade route with Ireland.
parliament’s roundhead army lead by Oliver Cromwell have taken over Liverpool castle waiting for the next royalist cavalier attack.

Prince Rupert arrived at Liverpool with an army of 10,000 men and also his pet dog and monkey.
His dog (called boye) was thought to have magical powers. He could sniff out buried treasure and catch bullets in his mouth.
Rupert’s monkey was thought to be a ‘shape-shifter’ and could disguise itself and even turn invisible to spy on the enemy.

On arriving at Liverpool Rupert camped his men along what is now everton brow, right down to lime street. Allowing him to look down upon the roundheads at Liverpool castle near the river.
Prince Rupert opened a barrage of cannonfire at night and this lead to many days of fighting between the parliament roundheads and royalist cavillers. Known as the siege of Liverpool.

The scouse ‘royalist’ molyneux family helped Rupert be smuggling secret information to him about the layout of the town, and before long, Rupert’s men took over Liverpool castle.
Prince ruperts men then set about torching the town and wrecking the castle, stealing much of it’s gold and treasure. King johns original liverbird ‘seal’ was lost during this siege of Liverpool.

The treasure Rupert stolen was buried in tunnels under the everton district and never seen again. The tunnels still remain, and the stolen treasure still thought to be buried there.
During the siege of Liverpool, prince Rupert, his dog and monkey all lived at a cottage up on everton brow, nearby where the everton ‘tower’ (prince rupert’s tower) stands today.