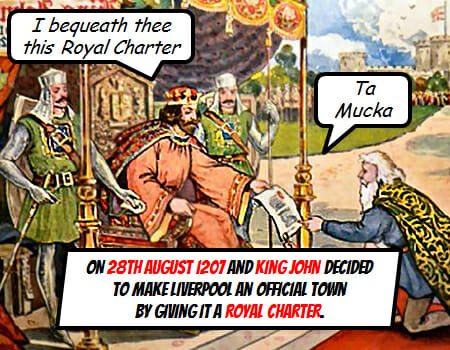 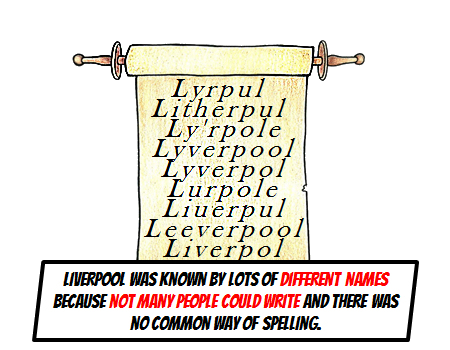 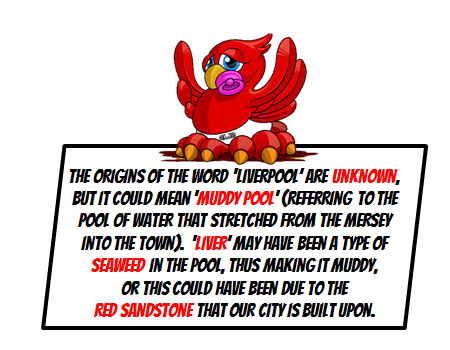 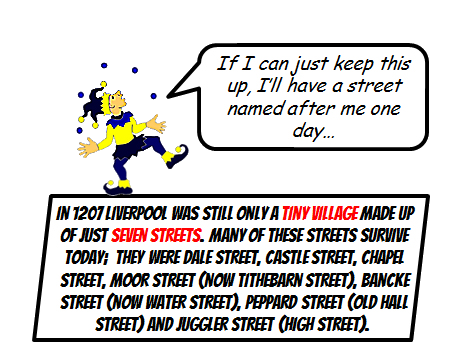 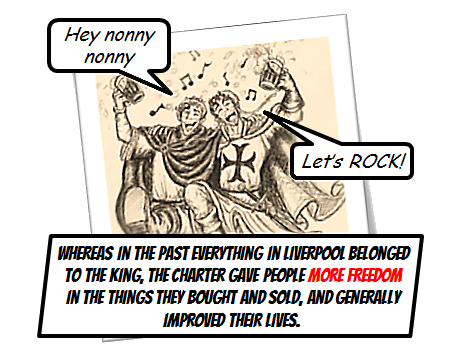 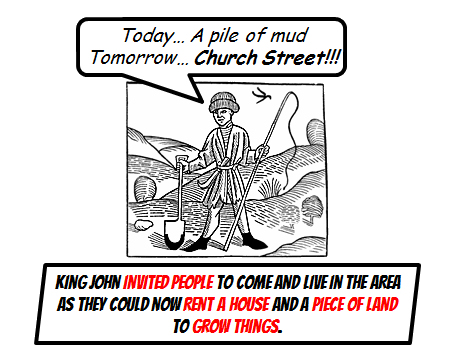 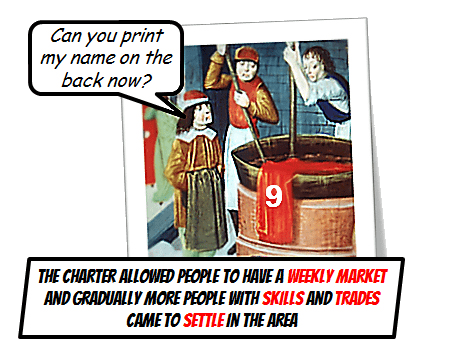 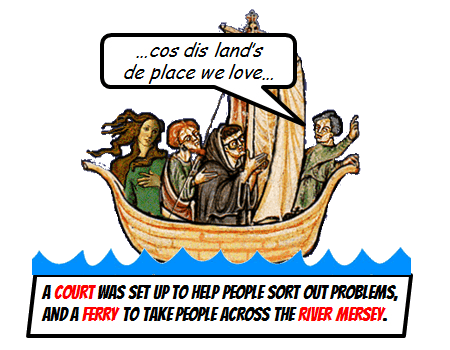 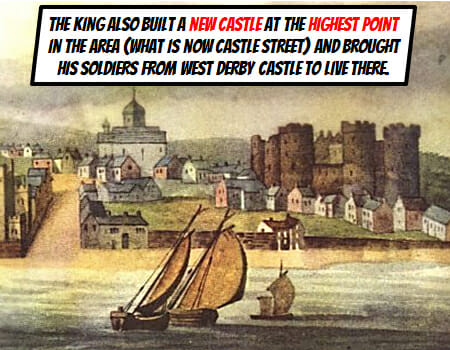 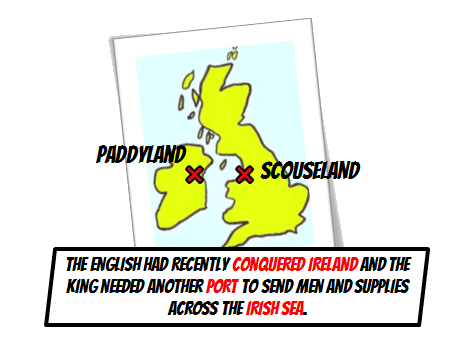 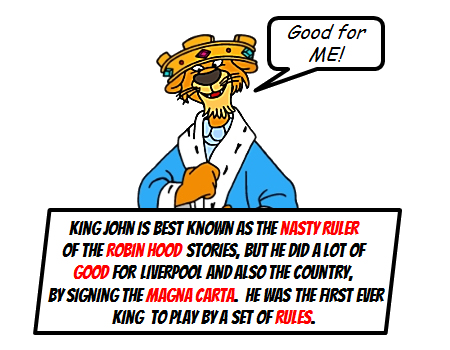 Liverpool king john 1207 charter .On the 28th August 1207 King John decided to make Liverpool an official town and gave it a Royal Charter.

Liverpool was known by lots of different names because not many people could write and there was little common way of spelling.

In 1207 Liverpool was still only a tiny village made up of seven streets in this area. Many of these streets survive today; They were Dale Street, Castle Street, Chapel Street, Moor Street (now Tithebarn Street), Bancke Street (now Water Street), Peppard Street (Old Hall Street) and Juggler Street (High Street).

Whereas in the past everything there belonged to the King, the Charter gave them more freedom in the things they bought and sold, and generally improved their lives.

King John invited people to come and live in the area as they could now rent a house and a piece of land to grow things.

The Charter allowed people to have a weekly market and gradually more people with skills and trades came to settle in the area.

A court was set up to help people sort out problems, and a ferry to take people across the River Mersey.
The King also built a new castle at the highest point in area (what is now Castle Street) and brought his soldiers from West Derby Castle to live there.

The English had recently conquered Ireland and John needed another port to send men and supplies across the Irish Sea.

King John is usually shown as the nasty ruler of the Robin Hood stories, but he did a lot for Liverpool and also the country with the signing of the Magna Carta. The first ever time a King agreed to play by a set of rules.